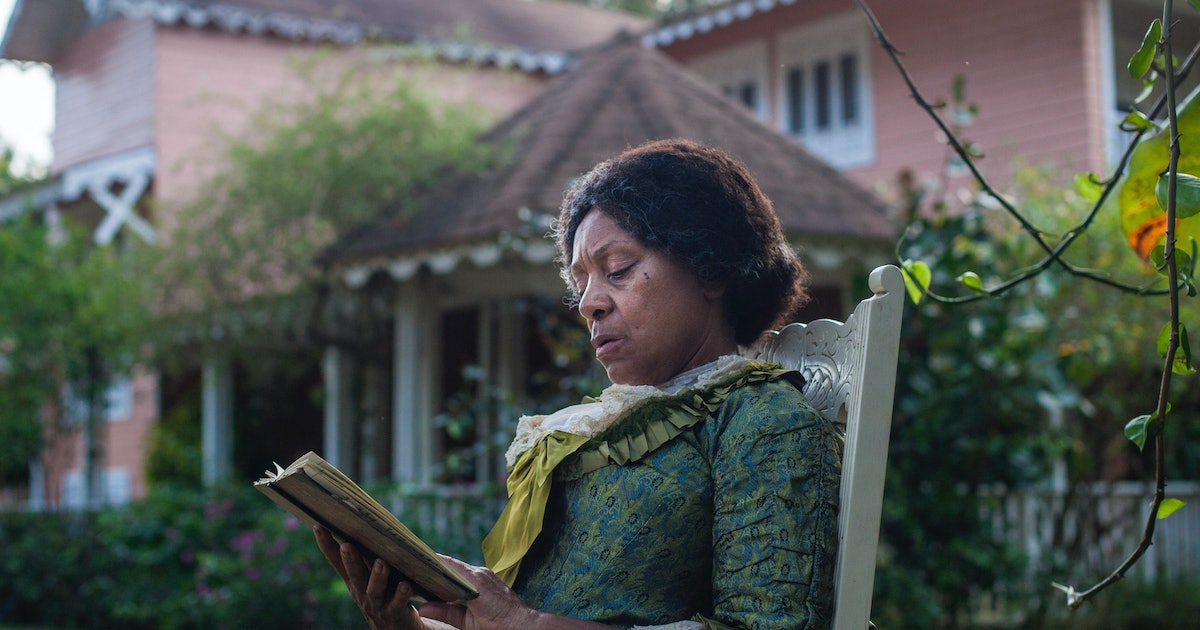 The lead up to Christmas can be stressful, but it’s also the time to look forward to some stellar party TV. What I’m looking forward to the most is screenwriter Sarah Williams’ adaptation of Andrea Levy’s big tome, The long song. Directed by Mahalia Belo, the three-part drama is set to be one of the most ambitious dramas of 2018. But what’s going on in The long song delivered, and how does that compare to the series?

Written in the form of a brief, The long song tells the story of July, an old Jamaican woman living in the 19e century who remembers his experiences as a young slave on a sugar cane plantation. Born to Kitty, a slave raped by Scottish overseer Tam Dewar, July’s life was strewn with pitfalls before she finally found freedom, after the Baptist war in 1831 where thousands of slaves rebelled against their captors and fought for their freedom.

Memories move from past to present, documenting in a fun way the quarrels between July and her son Thomas, who wants to publish his mother’s book. Levy’s use of comedy intertwined with the realities of British colonial history allows for some respite here and there in the novel but doesn’t take away the meaning at all – it solidifies it and makes the characters feel like be real. Born to Jamaican parents who emigrated to England on Empire Wind Rush in 1948, Levy’s writing is often an exploration of its own history.

“My inspiration for wanting to write The long song that’s what I had to write it down, â€she said in a press release to Bustle UK. â€œI had to write this period if I looked at my legacy. Without it there is a big omission and I couldn’t allow this to happen. ”

What Levy didn’t expect was to find innate similarities with his own family and characters after finishing the novel. Oddly enough, her niece found out that Levy’s great-grandfather was born a slave, after a plantation lawyer had a child with a housekeeper called Minnie, much like how July was greeted in the world in the novel. “I didn’t want to write it down [â€¦] because I knew it would be one of the most painful searches I would ever do in my life – and it turned out to be, â€she said. â€œIt was very, very difficult to research. It has brought a lot of sadness, a lot of anger into my life.

However, The long song also allowed Levy to open up debate and conversation about the impact of Britain’s past on the current climate. “My motivator, in addition to wanting to understand my own heritage, to want to place this heritage right in the middle of the British psyche,” she said in the statement. To “have a conversation and allow people – which they are starting to do – to really talk about slavery in a different way.”

“I want us to really be able to watch this so that we can get rid of racism. So that we can have equality, so that we just see that we are all clinging to the planet, all of us.”

And it looks like William and Belo’s adaptation will follow pretty much the same rhythms, with a few differences here and there. As Belo explained in the press release, “It’s a story that begs to be told. It’s brilliant, it’s funny and it’s dark – it talks about what it means to survive trauma and of what that does to a person. ”

The long song is a story you have to live, whether through print or the small screen. I can assure you that I will be spending this holiday season doing both.

This article was originally published on December 17, 2018