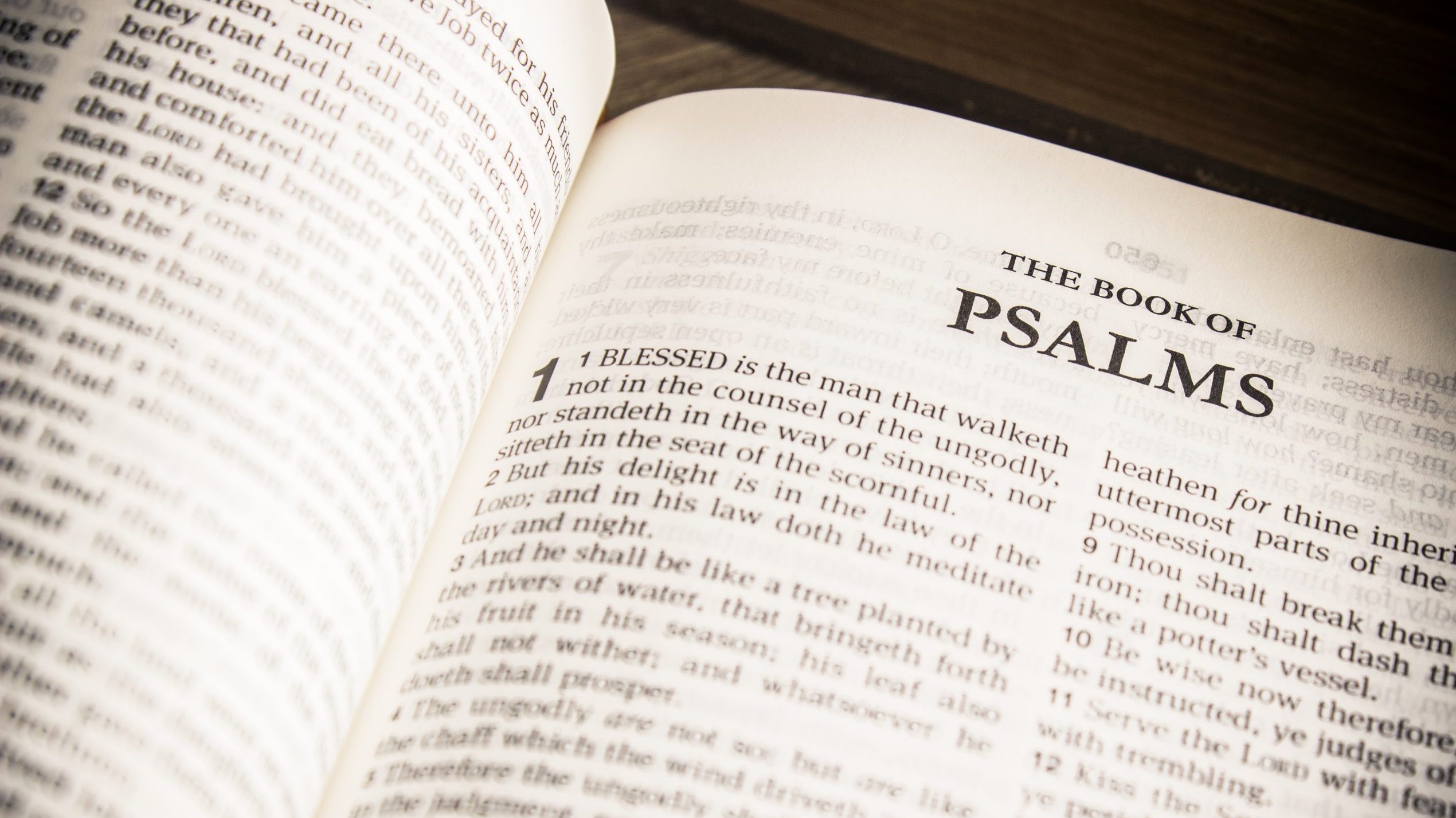 I had the amazing experience last month of recording the One Hundred and Fifty Psalms for the new Catholic Hallow app. Over several sessions, sequestered in a small studio, I strove to communicate the intelligence, passion and dedication of the person (more likely people) who wrote these ancient poems. Although I have prayed the Psalms regularly as part of the Liturgy of the Hours for about forty years, I have never simply read them aloud, one after the other. It was both challenging and deeply prayerful – and it challenged me to see the Psalms with fresh eyes.

As I spoke these poems from the Church’s Privileged Prayer Book, I often thought of Dietrich von Hildebrand’s Reflections on the Heart. Von Hildebrand complained that the Catholic intellectual tradition pays great attention to the mind and the will, but painfully neglects the heart, that is, the seat of the passions and emotions. In the presence of a value, he says, the whole person responds, the mind appreciating what is true in it, the will seeking what is good in it, and the heart delighting in its beauty. This multivalent “value response” occurs in relation to, say, Beethoven’s Seventh Symphony, a pristine winter morning, a beautiful face, or an elegant mathematical equation. And it happens, par excellence, in relation to the supreme value of God. The mind delights in the truth of God (think of the writings of Thomas Aquinas); the will responds to the infinite goodness of God (think of the dedication of Maximilian Kolbe or the Little Flower); and the heart overflows before its splendor (think of the words and gestures of the liturgy).

Now, there is certainly something of Aquinas in the Psalms, for one could derive from them a theology of God; and there is indeed something of Kolbe in them, for one could deduce a moral program from them; but there is in them, above all, the pain, the desire and the pleasure of the heart. The Psalmist exults, laments, spits his anger, excoriates his enemies, praises God and rebukes God; he is so happy that he can hardly contain himself, and he is so deeply sad that he wants to sleep with the dead. The motto St. John Henry Newman took on when he became cardinal was cor ad cor loquitur (the heart speaks to the heart). I can’t think of a better description of what happens as we recite the Psalms: to the God who poured out his heart for us, we pour out our own hearts.

A second strong impression I got from reading all of the Psalms is the stress they place on enemies. I would bet that “enemy” and “enemy” are among the most common words in the book of Psalms. Again and again, the author agonizes for those who oppose him; those who threaten him, both with words and with swords; those who plot against him, those who make fun of him; those who would be happy to see him in his grave; etc., etc. Moreover, the Psalmist actively wants their destruction, their defeat, their humiliation; he even wants to break the heads of their children! The reader of the Psalms could be forgiven for thinking that the author of these texts is more than a bit paranoid.

But I don’t think the psychologization of the Psalmist is nearly as interesting as the reflection on the theology that provides the context for his concern for his enemies. The simple truth is that in a fallen world the righteous man will have enemies, and the more righteous he is the more he will have. The person without enemies, as Churchill rightly saw, is untrustworthy because he represents nothing. There is of course no better example of this principle than Jesus himself compared to his contemporaries. As the Gospels unfold, we see Jesus’ army of antagonists grow exponentially, and by the end of the story, these opponents have put him to death. The opposition to him is so intense that we can say that the sins of the world are placed upon him. Of course, Jesus never ceased to urge love for his enemies and, from the top of the cross, he spoke a word of forgiveness to those who were putting him to death. But as Stanley Hauer said, to love your enemies, you have to have enemies. It is difficult to read the Psalms and not grasp these particular dynamics.

A third and final point I would like to emphasize is that the Psalms express the distinctive dialogical quality of biblical religion. It is a commonplace to say that Christianity is a revealed religion, that is to say founded, not so much on philosophical speculation or mythological imagination, but on the word that God addresses to us. A divine person has spoken to us and so it is only natural that we respond to him – in praise, thanksgiving, frustration, bewilderment and sorrow. The Psalms, perhaps more than any other book in the Bible, display this conversational quality of biblical faith. And, therefore, it is perfectly fitting that the Church has liturgically used the Psalms as the optimal way to respond to the Word of God. Although often obscured by poor readers or set to tragic melodies, the responsorial Psalms at Mass are just that: the preferred way in which we respond to the God who has spoken to us. It was actually a particularly exciting thing that as I read aloud these ancient texts and felt the emotion of the author, I felt that I was indeed converse with the mysterious one who had first started the conversation.