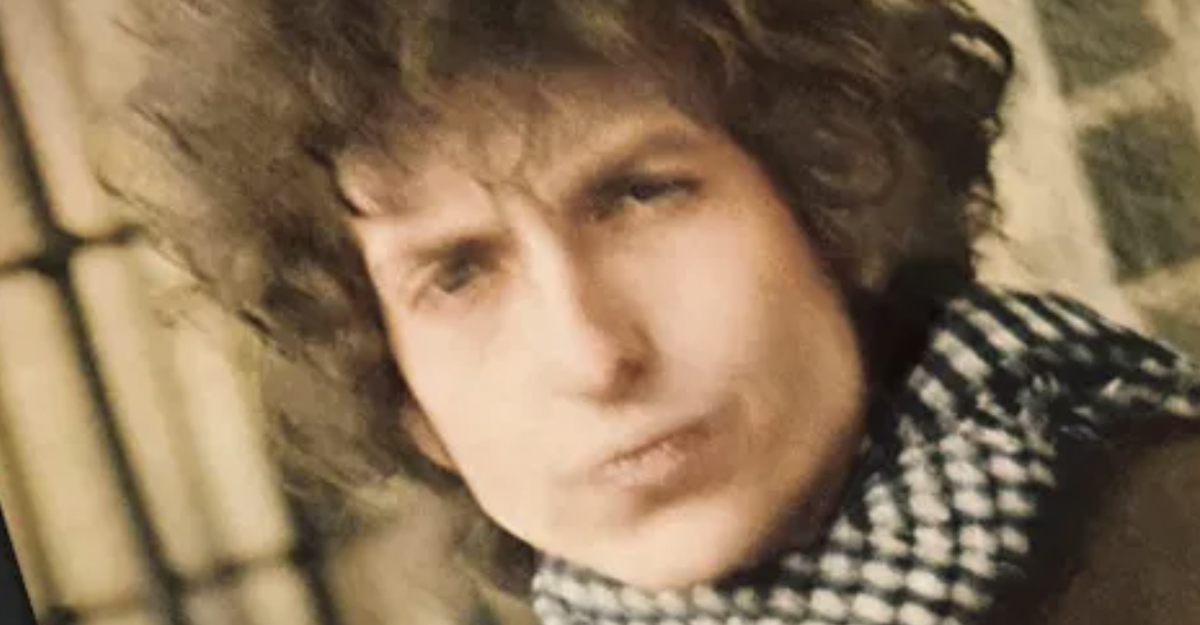 The book “The Philosophy of Modern Song” by Bob Dylan: like a complete stranger


Bob Dylan released the terrific Chronicles, Volume 1in 2004. Eighteen years later, we have yet to see the second part of these memoirs, but as you may have heard, he has just published something else instead: The Philosophy of Modern Song. It’s as captivating as Chroniclesbut it is also probably the most unconventional book on music since R. Meltzer’s The aesthetics of rockfrom 1970.

Like this volume, DylanThe 2022 entry has a title that makes it look like a textbook. It certainly isn’t, and it doesn’t quite deliver what the title suggests. Rather, it includes eccentric, savvy essays on 66 songs from multiple genres and decades, some well-known, some obscure, among them Carl Perkins’ “Blue Suede Shoes,” Vic Damone’s “On the Street Where You Live,” The Who’s”. My Generation”, “It’s All in the Game” by Tommy Edwards and “Truckin’” by the Grateful Dead. Also: “Don’t Let Me Be Misunderstood” by Nina Simone, “Pump It Up” by Elvis Costello, “El Paso” by Marty Robbins, “Midnight Rider” by the Allman Brothers, “Tutti Frutti” by Little Richard and ” The Platters » The Great Pretender.” Bobby Darin appears twice, with “Mack the Knife” and “Beyond the Sea”. So does Elvis Presley, with “Money Honey” and “Viva Las Vegas”, and Johnny Cash, with ” Big River” and “Don’t Take Your Guns to Town”.

Listen on one of the 66 songs Dylan writes about

The mix is ​​as eclectic as Dylan’s setlists Theme Time Radio Time, and the accompanying essays sometimes read like extended versions of his song intros on that show. They are loaded with sardonic humor, ironic observations and mind-bending comparisons such as Domenico Modugno’s 1958 pop song “Volare (Nel Blu, Dipinto di Blu)” “could have been one of the first hallucinogenic songs, earlier to that of Jefferson Airplane ‘White Rabbit’ by at least 10. (Actually, the distance between those two numbers is a bit less than that, but the duration isn’t the most debatable part of that claim.) Elsewhere, Dylan proclaims that “bluegrass is the other side of heavy metal… They are the two forms of music that visually and aurally have not changed in decades. Speaking of The Clash’s “London Calling”, he posits that “the song’s counterpoint is ‘England Swings Like a Pendulum Do’ by Roger Miller”.

Dylan offers much of the kind of trivia he’s sprinkled Theme timereporting for example that Ross Bagdasarian, who co-wrote Rosemary Clooney’s “Come On-a My House” with author William Saroyan, was not only Saroyan’s cousin, but the man who provided the sped up vocals of Alvin and the Chipmunks – not to quote the pianist who lives across from Jimmy Stewart in Alfred Hitchcock rear window. 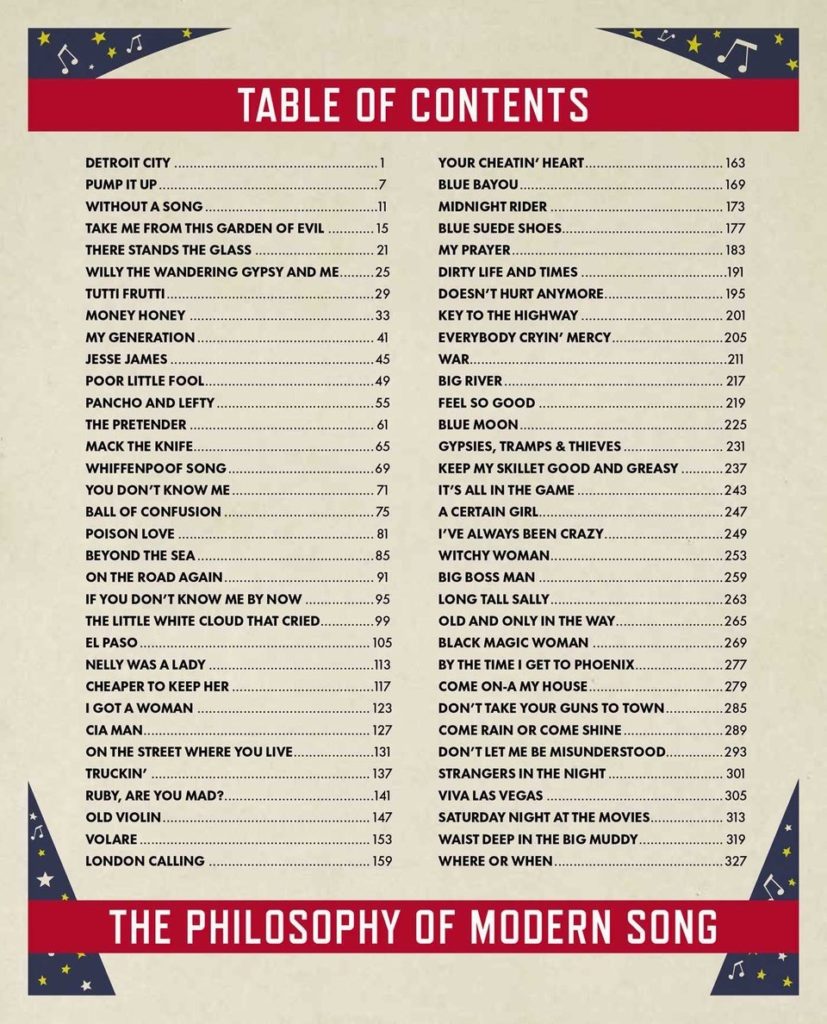 Sometimes these essays find Dylan wandering away from the specifics of the song in question. The essay on “Money Honey”, for example, only mentions the tune towards the end; mostly, Dylan just talks about how “money doesn’t matter. Nor the things he can buy. Because no matter how many chairs you have, you only have one ass. Similarly, in an article on Johnnie Taylor’s “Cheaper to Keep Her,” Dylan notes that the singer “saves you hefty legal fees by telling you it’s cheaper to keep her,” but then moves on to a long diatribe about divorce lawyers. , who “destroy families” and “feign innocence with blood on their hands”.

In a discussion of Hank Williams’ “Your Cheatin’ Heart,” he complains that, unlike that number, most tracks today lack nuance and mystery and “are not just songs. .. everything is marketed in a niche and too hectic”. Before you know it, Dylan is complaining that “there isn’t an item on the menu that doesn’t have half a dozen adjectives in front of it…Enjoy your outdoor heirloom discount , infused with cumin and sprinkled with cayenne. Sometimes it’s better to have a BLT and be done with it.

Dylan also laments that today’s segmented media allows people to consume only what they already know and agree with. It’s like letting kids choose their own food, says Dylan: “Inevitably, they’ll choose chocolate at every meal and end up being malnourished with rotten teeth and weighing 500 pounds.”

Related: The Bob Dylan Center in Tulsa opened in May

Whether he went off on a tangent or not, Dylan is practically always colorful. Writing about the Fugs’ “CIA Man,” for example, he observes that buying their records “was like buying Sun Ra records; you had no idea what you would get. A record would sound pretty smooth – well, as smooth as it gets – but smooth as if recorded in a studio with a band stopping and starting at the same time. Then you would pick up another version and it sounded like it was recorded by a tomato box phone on the end of a broomstick.

Even more idiosyncratic than the essays are the meditations – the editor calls them “dream riffs” – which accompany about half of them. Here, Dylan seems to put himself in the shoes of the protagonists of the songs and imagines a much more complete story than the lyrics suggest. In the riff of “If You Don’t Know Me by Now” by Harold Melvin and the Blue Notes, for example, he writes in part: “You’re coming home late…and she wants specific details about the where you’ve been, and she gives you the deal, gives you bad vibes. You try to be cool, but she’s suspicious and skeptical. You’re here body and soul, why can’t she understand that. [Dylan seems to almost never use question marks in this book.] You gave her everything you could get your hands on, and she still can’t listen to you. If she doesn’t know you now, she must be stupid.

The over 100 photographs in the book are as striking as the text. Most are performers discussed or at least tied directly to the song in question, but there are offbeat choices. To accompany a track on “Ruby, Are You Mad?” by the Osborne Brothers, a 1956 country single, the book features Jack Ruby shooting Lee Harvey Oswald along with Ruby’s photo. (Dylan mentions the Texan in his essay, saying, “And then there’s Jack Ruby…you can translate the song any way.”) Although most of the photos are self-explanatory, you’ll probably wonder who or what. what some of them represent or when they were taken. There are absolutely no legends, so you are on your own, like a rolling stone.

Listen: The Fugs’ “CIA Man” is one of the songs Dylan riffs on 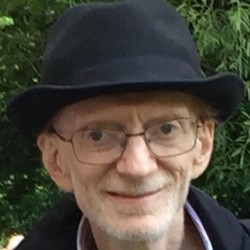