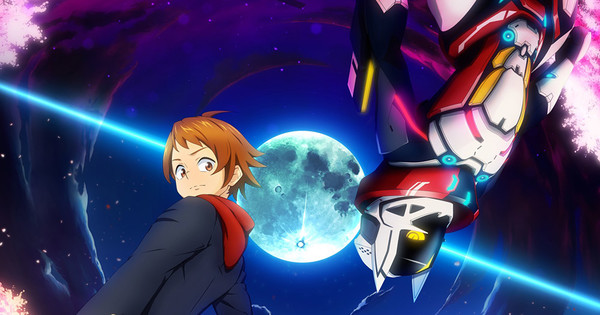 The official Twitter account of Chukyo Television and Sublimationthe original anime “near future sci-fi drama” Shikizakura announced on Wednesday that Hand will perform the ending theme song of the anime. The account also revealed that the anime will air in the second half of 2021. The anime was originally slated to debut in early 2021.

As the artist of the opening theme song Asuka, Hand comes from Nagoya, where the production of the anime is based.

TYK Promotion, who is based in Nagoya, Aichi, held auditions for new comedians for the seven main characters in the anime. The staff also auditioned for an English-speaking role in the anime at Anime show in July 2019. The anime’s main crew judged the audition.

Chukyo Television and CG animation studio Sublimation produce the anime. The anime will have 12 episodes of 30 minutes each.

Asaka performs the opening theme song from the anime “BELIEVE MYSELF”.

The anime is set in the TÅkai region, and most of the show’s main staff are based in the region. Shin’ya Sugai (Meat on foot) directs the anime to Sublimation (Love Live! Sunshine!!, Ghost in the shell rises, Yamato 2202 CG animation), with Tomoyasu Nishimura (Maria the virgin witch, Moribito – Keeper of the Spirit) as a producer. Sugai and Nishimura are both board members of Sublimation. K&K design is credited for character design. The production will use both hand-drawn and 3D CG animations.

Apart Chukyo Television, the production committee also includes Sublimation, Tamakoshi, Nakanihon KÅgyÅ and K&K design. The companies are all based in the Nagoya area. Sublimation established his Nagoya studio in 2017.