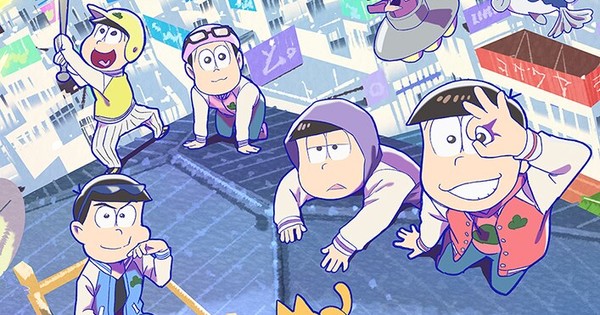 AÅŒP come back to play the opening theme

The official website of the Mr. Osomatsu (Osomatsu-san) the TV anime announced the artist of the theme song, main visual and the October 12 Sunday premiere for the show’s third season.

The anime will air on Tokyo television, Osaka TV, and TV Aichi October 12. The show will also be broadcast on AT-X October 15. AÅŒP return to perform the opening theme song “nice to NEET you!” ”

Eiji Abiko, animation director of the first season, replaces Naoyuki Asano as the character designer for the new season. Director Youichi Fujita and screenwriter and screenwriter of the series ShÅ« Matsubara return from previous seasons to Pierrot Workshop. Along with the sextuplet voice actors, the rest of the cast are also back.

The Mr. Osomatsu tv anime is inspired by Fujio akatsukais original Osomatsu-kun manga and television anime “High Voltage Comedy”, which focuses on the Matsuno household with six naughty and mischievous sons (who are sextuplets). All the sextuplets, including the elder Osomatsu, are all in love with the same girl, Totoko. The original Osomatsu-kun series followed the family when the sons were 10 years old. Mr. Osomatsu re-imagine the original manga and TV anime with the sextuplets as an adult.

Media viewing acquired the rights to digital streaming, electronic sales, home video and merchandise for the Mr. Osomatsu anime, including the second season. Media viewing released the anime with an English dub.