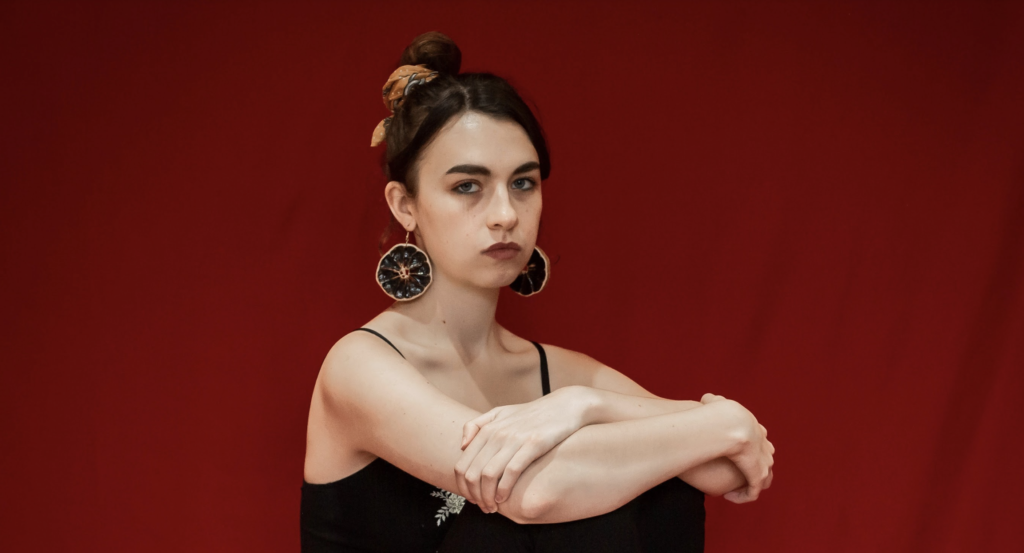 With more than 285.00 TikTok views and 15,000 hits on Spotify, former Cambridge student Louise Harris’ new hit, “Dating me is like a Cambridge Term”, introduced the world to not only Week Five Blues, but also his wacky writing.

The Tab Cambridge asked Louise about her views on the new structure of terms, the Cambridge dating scene and explored the story behind her single.

The inspiration: “I will make him cry, then I will say goodbye to him”

Written at 5:00 am or 6:00 am, â€œDating with me is like a Cambridge termâ€ was born out of â€œa toxic relationship breakdownâ€. Louise describes how she decided to ‘turn around’ all the ‘horrible things he said to me’ and ‘accuse me of being and doing’ ‘over their heads’. She clarified that “when there are stories written about women or people, the only way to claim that power” is to “make that story your own.”

Louise has an incredible ability to turn negative experiences into positive ones through songwriting. Her witty, wry sense of humor shines through as she reclaims her ironically-infused “narrative” as she describes herself as a “crazy” and “mental bitch”.

At the end of the song, she takes the narrative away from herself and what it is like to ‘dating men’ – one description being, ‘dating men is like an Oxford term / All the fuck, no sperm â€(ouch).

Apparently, writing a song is also a useful way to get you through a breakup (move Ben and Jerry’s tub out of the way, there’s a new sheriff in town). Louise explains that this can give you some insight into the differences between “what really happened and what they claimed you were”. Plus, she suggests it can make everything a bit ‘lighter’ by letting you see the ‘ridiculous’ and ‘funny’ side of it all.

Louise is inspired by the work of Raye, who â€œdefies genresâ€ (Image credits: Louise Harris)

Blues of week 5: “By the fifth week, you are completely exhausted”

One of the punchlines of Louise’s single is to compare itself to the infamous Week Five Blues (or Week Two Blues if you count the length of Lent). When asked for her opinion on the Student Union’s proposed tenure structure that advocates a week of reading in week five, Louise was “surprised” that the tradition of eight-week burnout was over.

However, she described it as “definitely a good thing for people’s mental health.” Having suffered in the first year and feeling â€œoverwhelmedâ€ by the intense â€œpressureâ€, Louise describes that surrounded by deadlines, you often forget to just â€œenjoy your lifeâ€.

For Louise, surviving the Week 5 blues is “trying to find a balance” and “mentally distracting yourself”. His suggestions include â€œgoing to the pubâ€, â€œriding a bikeâ€, â€œmeditatingâ€ and â€œwriting poems and singingâ€. In particular, she recommends having a â€œpublic danceâ€ with your headphones on. With a smile, she comments that as a result of this “you learn not to care too much” about what people think – socially distanced danceathon down the king parade anyone?

If you’re feeling particularly adventurous, according to Louise, the key to TikTok’s success is getting “viewers’ attention in the first few seconds” with a “caption” or “something weird or funny.” 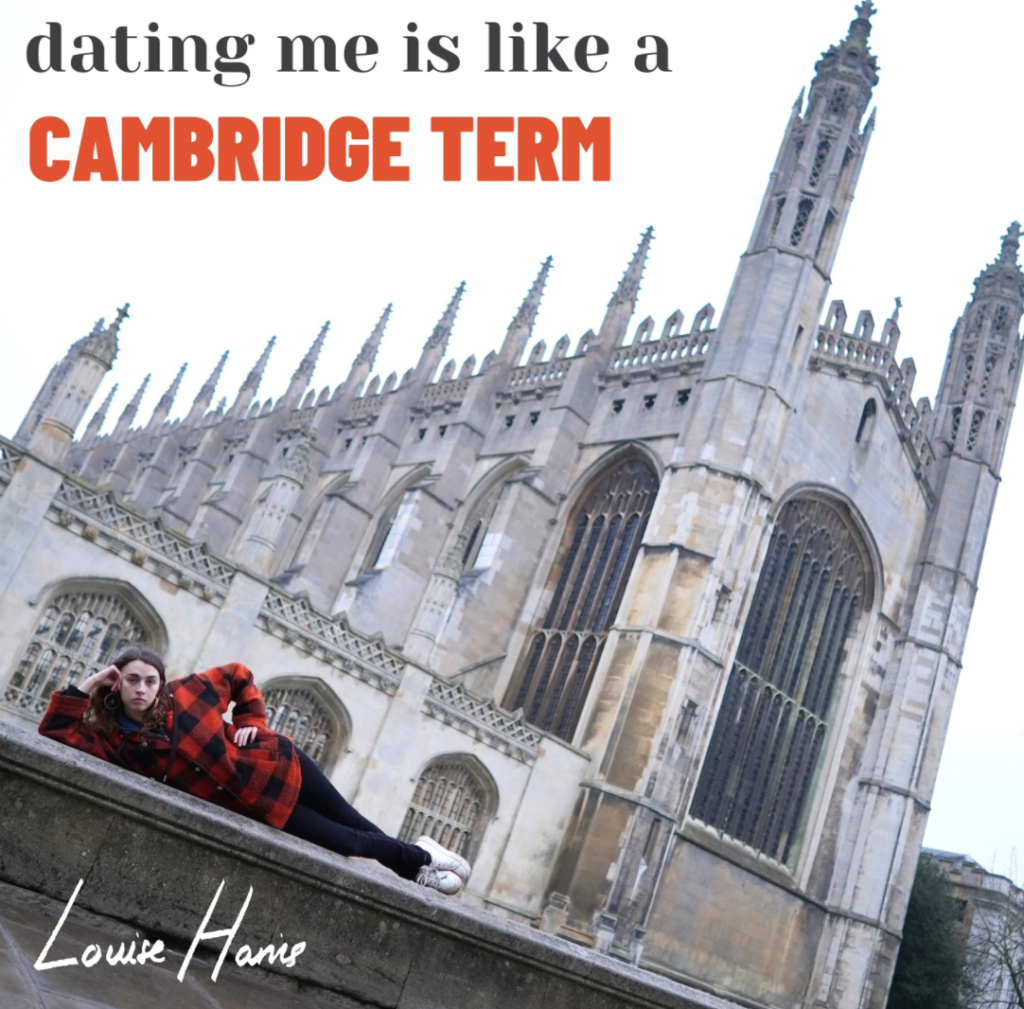 As a graduate of PBS from Fitzwilliam College, Louise is familiar with the structure of the term (Image credits: Louise Harris)

Dating advice: “I get DMs every day”

10 seconds into the song’s start we learn that Louise “gets DMs every day” so, like Tab, I thought it was fair to ask her if she had any dating advice for our Cambridge readers. Right off the bat, she advised not to take a three-week break before â€œmeeting in personâ€, warning that it would only be a â€œreally awkwardâ€ date.

After dating a non-Cambridge student while she was here, she also stressed the importance of escaping the ‘bubble’ and recommends that ‘you shouldn’t feel guilty for spending time in relationships’.

While the Cambridge dating scene (with the rest of the world) has largely moved online, Louise also gave some tips for virtual dating. She suggests going beyond the â€œdailyâ€ DMs, sending â€œvoice notesâ€ or â€œcallsâ€ to really see if you are â€œgetting along or notâ€. 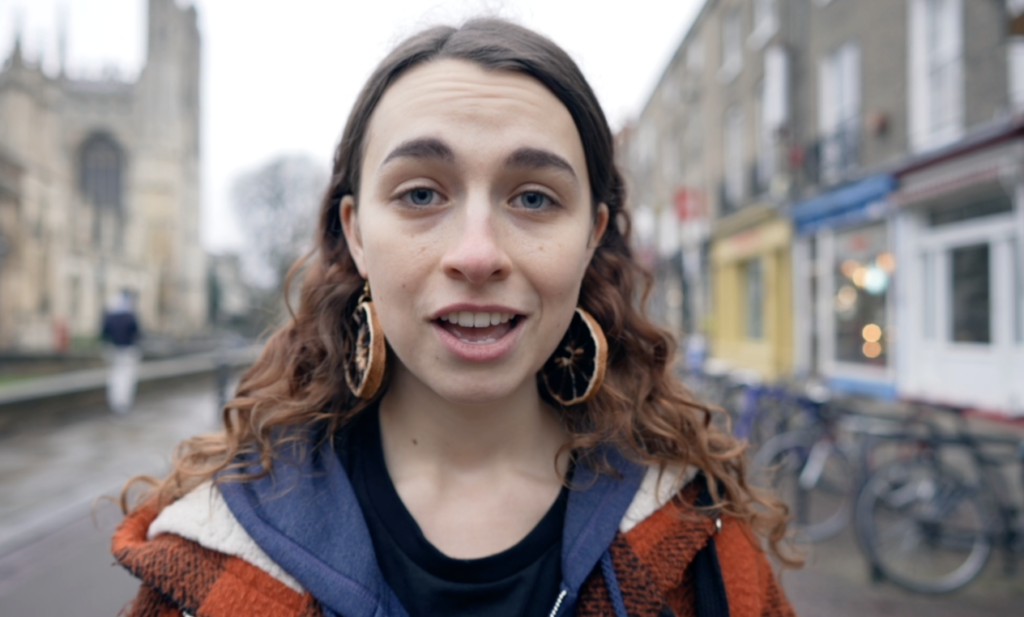 Before ending our call, Louise made a point of stressing that the song and its music video are a “special tribute to my experience in Cambridge”, adding: â€œI really don’t know where I would be today if I hadn’t been there. She explains that sometimes while cycling around Cambridge she felt like “I was in a fairy tale, like anything and everything is possible”.

That she had her parents filmed doing “ridiculous things” when she was a child, that she had been involved in the ADC and the May balls, that she had written her first song in Paris. nineteen-year-old Louise describes her lifelong passion for music.

Looking ahead, she plans to release a new single every three months from a range of genres. It has already caught the attention of the music industry as Tom Robinson of â€œBBC Introduction Mixtapeâ€ compared â€œDating me is like a Cambridge Termâ€ to the revenge songs of Lily Allen and Bob Dylan.

At the end of her songs, Louise wants listeners to remain “confident”. As “one of those people who is always looking at the sky”, she describes how ultimately “it is so liberating to be just you”. If â€œDating me is like a Cambridge Termâ€ is just the start, we can’t wait to see what she does next.

You can find Louise’s song here and the music video here.

Articles recommended by this author:

Eight Ways to Say You’re Going to Cambridge, Without Really Saying It

Iggy Azalea encourages fans to try their hand at songwriting