Steve Pilkington provides both an informative companion for the die-hard fan and a perfect roadmap for the more casual listener to follow. From “Prowler” to “Empire Of The Clouds”, across every line-up change, it’s every number recorded by The Beast – the ultimate Iron Maiden recording story. 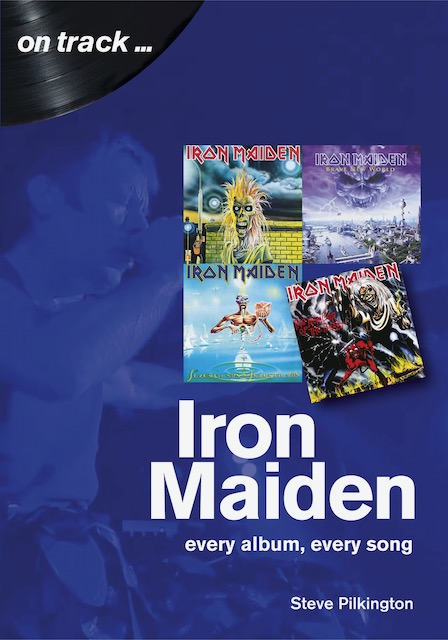 Steve Pilkington is a music journalist, editor and host. He was editor-in-chief of Rock Society Classic Rock Society magazine and contributes to other publications such as Prog as well as the management of the classic rock website Velvet Thunder. Before taking on this full-time job, he spent years writing for fanzines and a part-time Internet music review site. He recently released Deep Purple and Rainbow On Track and The Rolling Stones On Track, both for Sonicbond and wrote the official biography of legendary guitarist Gordon Giltrap. He lives in Wigan, Lancashire, UK.