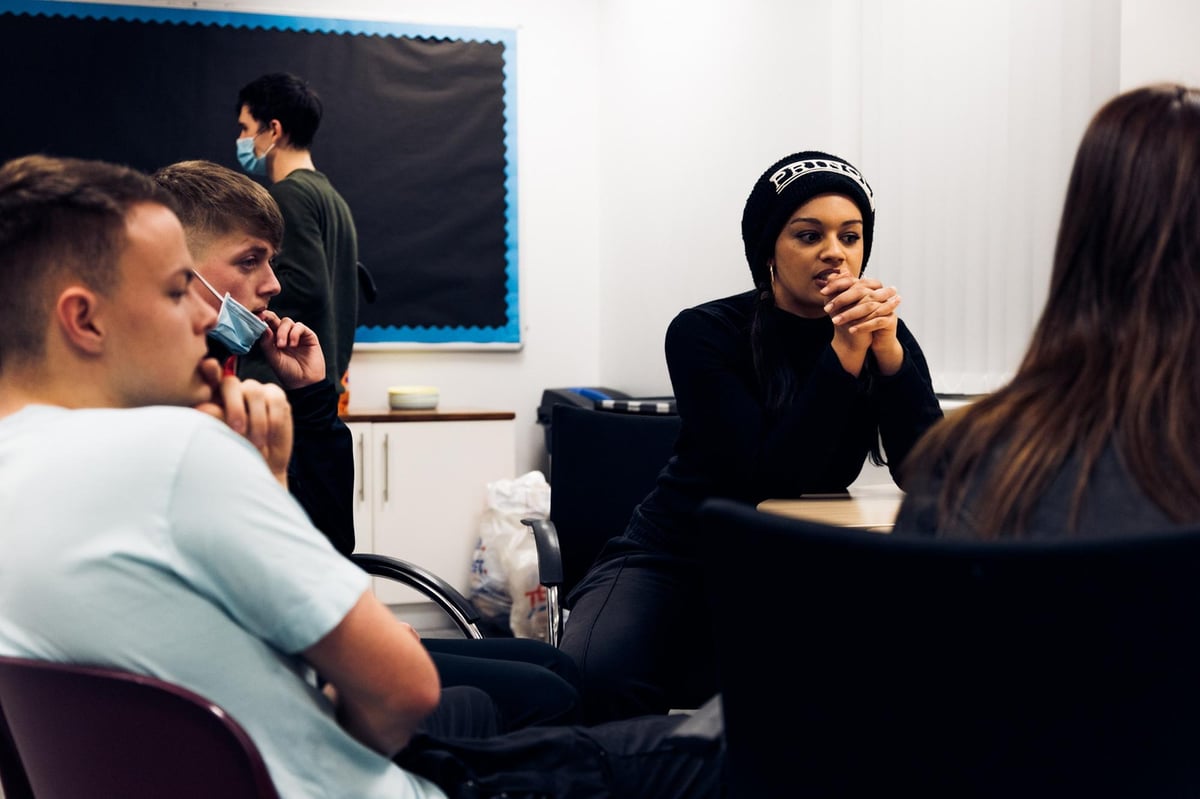 In August 2021 we embarked on Amplify, a songwriting project with a group of young people at the Goodtrees Neighborhood Center in Moredun, supported by the charity Vox Liminis and Screen Education Edinburgh.

As an organization rooted in Scotland, the Edinburgh International Festival works with local communities throughout the year, and with the inspiring words of Scottish town planner and social activist Patrick Geddes – “think global, act local – at the forefront of our minds, our goal was to shine a spotlight on the community and create a platform for young people’s music to be heard.

Register to our opinion bulletin

However, the project achieved much more than I could have imagined.

After first working with the Goodtrees Neighborhood Center on one of our last community events before the pandemic hit, and subsequently discovering an incredible group of young people who have actively contributed to their community during the lockdown in organizing and delivering food parcels, we wanted to design a project that would give them back something fun and creative, in recognition of all they have done for others.

We were acutely aware of how much young people had been through during the pandemic and how much they had missed, so we wanted to create a vehicle for them to creatively explore those experiences.

The Amplify Project was created to encourage young people to express themselves and amplify their voices through music, while developing their songwriting and music production skills.

Twenty-five participants aged 12 to 17 received ten coaching sessions from local musicians Kim Edgar, Louise McCraw and award-winning rapper and DJ known as Nova Scotia the Truth in songwriting, vocal technique and rap. Of the eight songs written by the youngsters, three were chosen to be professionally recorded as demos and music videos.

Young people described the transformative impact of Amplify and the benefits of being able to voice their thoughts on a range of issues.

For 75 years, the International Festival has united people through cross-cultural experiences, and we are proud to share the songs these young people have written, addressing topics of mental health, bullying, knife crime, negative perceptions they encounter and their desire to be heard by teachers, politicians and parents.

The International Festival’s learning and engagement team works with so many people in so many different ways, from a one-off invitation to see a performance, to a creative workshop with a performer or an educational residency, such as our partnership with Leith Academy .

While I shouldn’t play favorites, projects like Amplify are very special to me because they are built on long-term relationships and take participants on a truly impactful and meaningful journey.

Young people are rightly proud of their recently released tracks and music videos, but for me the magic of Amplify is not in the product, but in the process.

The International Festival has made a long-term investment in this community and has established a valuable relationship with the Goodtrees Neighborhood Centre. Thanks to the success of the project, we are now working with a second group of 25 young people who are currently writing their own songs and I look forward to continuing this journey of exploration together.

We are extremely grateful to Baillie Gifford Investment Managers, our learning and engagement partner, whose support makes this project possible.

But that’s enough for me. We need to pass the microphone to young people and hear their stories, because they are, after all, the creative force behind the project. They expressed the following to me in conversations throughout the creative process:

“It started as a project, but the more we did it, the more I understood what it was about. Opportunities to make music and say what we feel. It gave us the opportunity to explain to other people what the issues are so people can listen.

“There’s a lot of stuff that didn’t…that just got ignored…I think it gave us a chance to, well, you know, let people know.”

“It’s a self-confidence to pursue music if they want to. It’s just an extra, ‘Oh I like that. That’s what I can do. That’s what I’m capable of. Like I put my voice out there…discussed the issues that arise…You feel a little proud of yourself.

“At first, I didn’t know what to expect. I wasn’t that confident… But the more I did it… it felt like a safe place, you just voice your thoughts and write whatever you want and you get the support you need so the more I did it , more confident than I have become.

“It inspired me to make music and also to change my perspective because I’m…a rapper and I like beats and stuff, but like the people I was doing Amplify with were like guitar music, vocals and that, which I wasnae really into but now…I love all music and I was like…oh that’s really good.