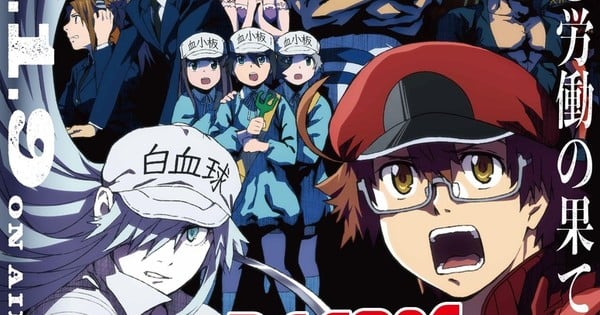 The official website of the anime of Shigemitsu Harada and Issei Hatsuyoshiya‘s Cells at work! Code Black (Hataraku SaibÅ BlackThe spin-off manga has announced the additional cast members of the anime, the artist for the opening song, and the January 9 premiere. It also featured the second promotional video and a key new visual:

The newly announced cast members are:

The anime will premiere on Tokyo MX, Tochigi Television, YTV, and BS11 channels January 9 at midnight (in fact, January 10 at midnight). It will then run on MBS, TV Aichi, Hokkaido Broadcasting Co., Ltd., and RKB Mainichi Broadcasting. The anime will air right after the second season of the main one Cells at work! anime for the “Cells Job! Time.” 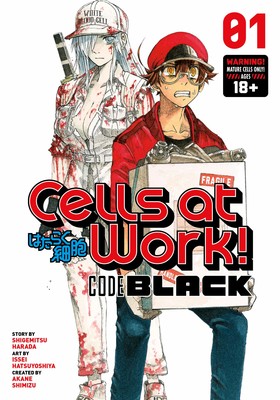 Kodansha Comics licensed from the manga, and it describes the story:

In this new spin-off from the hit manga, a newbie Red Blood Cell is one of the 37 trillion who work to make this body work. But something is wrong! The stress hormones keep telling him to go faster. The blood vessels are covered with cholesterol. Ulcers, hepatic steatosis, disorders (hum) at the bottom … Difficult for a cell to continue to function when every day is a BLACK CODE!

The manga and the anime Cells at work! showed you what happens when a young, healthy body has problems … but what if the body weren’t so young, and never been very healthy? This new take features a fresh-faced red blood cell and his friend, the large white blood cell, as they struggle to hold each other and their world together through alcoholism, smoking, erectile dysfunction, red foot athlete, gout … it’s literal body horror. ! Whoever this guy is, he’s lucky his cells can’t go on strike!

A theatrical anime based on a story from Volume 5 of the original manga premiered in theaters in Japan on September 5. Aniplex has stated that the anime will be screened in theaters ahead of its television broadcast as part of the second season. The full title of the theatrical anime is: Tokubetsu JÅei-ban “Hataraku SaibÅ!”!“SaikyÅ no Teki, Futatabi. Karada no Naka wa” ChÅ “sawagi! (Special screening edition: “Cells at work!! The return of the strongest enemy. A huge uproar inside the body’s ‘guts!’).

The first TV anime of the original manga premiered in July 2018 and aired for 13 episodes. American Aniplex aired the series on Crisp, and Funimation added the show in February. The company released the anime to Blu-ray Disc with English dubbing in August 2019. A new anime special released in December 2018, and Crisp airs the special.