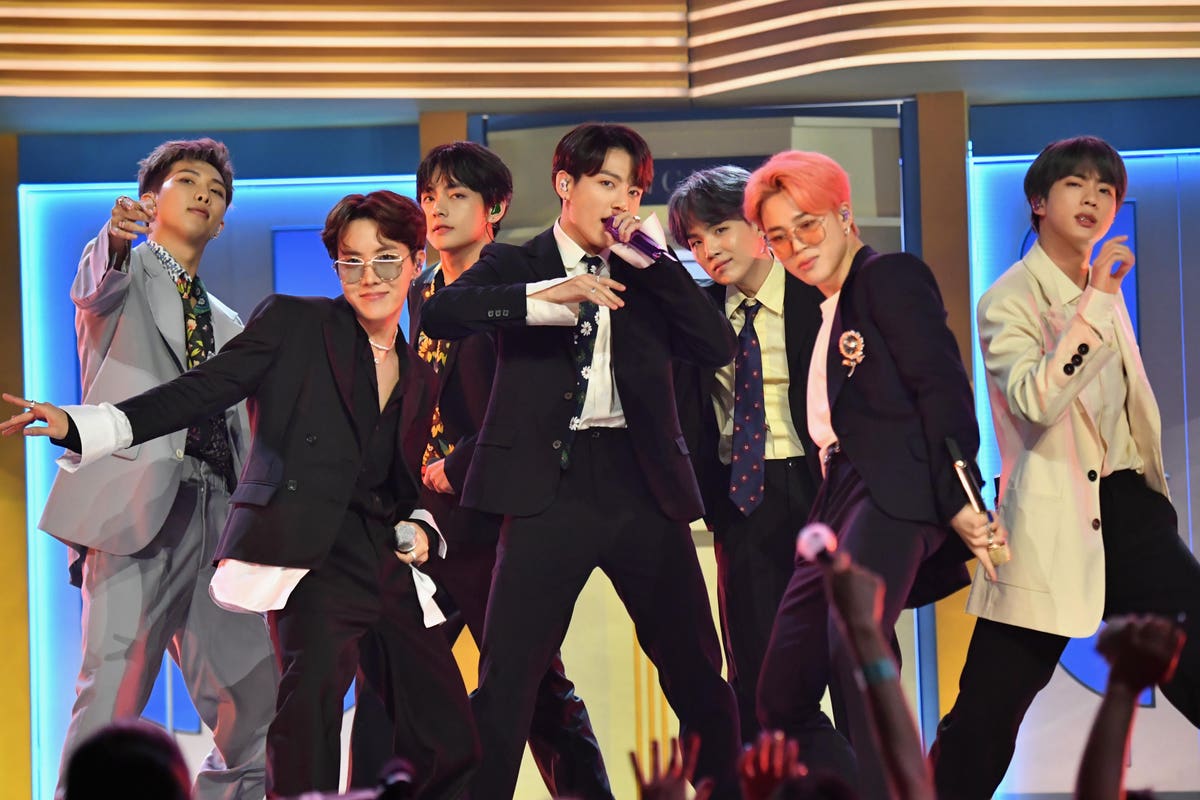 BTS’s “Dynamite” plunges to No.2 on this week’s Billboard Hot 100, ceding the throne to Cardi B and Megan Thee Stallion’s “WAP” after reigning for two consecutive frames. Yet despite dropping off the Hot 100 summit, “Dynamite” remains a sales heavyweight – and is now the best-selling download song of 2020 in the United States.

“Dynamite” topped the digital song sales chart for a third consecutive week with 136,000 downloads, Billboard reports. This is the third biggest selling week of 2020 behind – you guessed it – the song’s first and second sales weeks, in which it sold 265,000 downloads and 182,000 downloads, respectively.

The robust sales of week three of “Dynamite” are a testament to the ever-growing popularity of BTS and its passionate fans, many of whom have repeatedly uploaded the song in large quantities over the past three weeks. The song’s stellar hold on the Hot 100 is particularly impressive in a year where many No.1 singles tumble down the charts after making solid debuts. But BTS fans love to outdo themselves and they’ve already pledged to double their “Dynamite” streams and downloads this week, causing #DYNAMITEREPEAK trending at the time of writing this article.

“Dynamite” doesn’t just overwrite it in downloads, either. The infectious disco-pop smash gives BTS its first entry on the US Radio Songs chart, debuting at No.49 with 18.3 million impressions, a 14% increase from last week. With strong, ongoing sales and a growing radio presence, it’s clear that the “Dynamite” fever isn’t going away anytime soon.