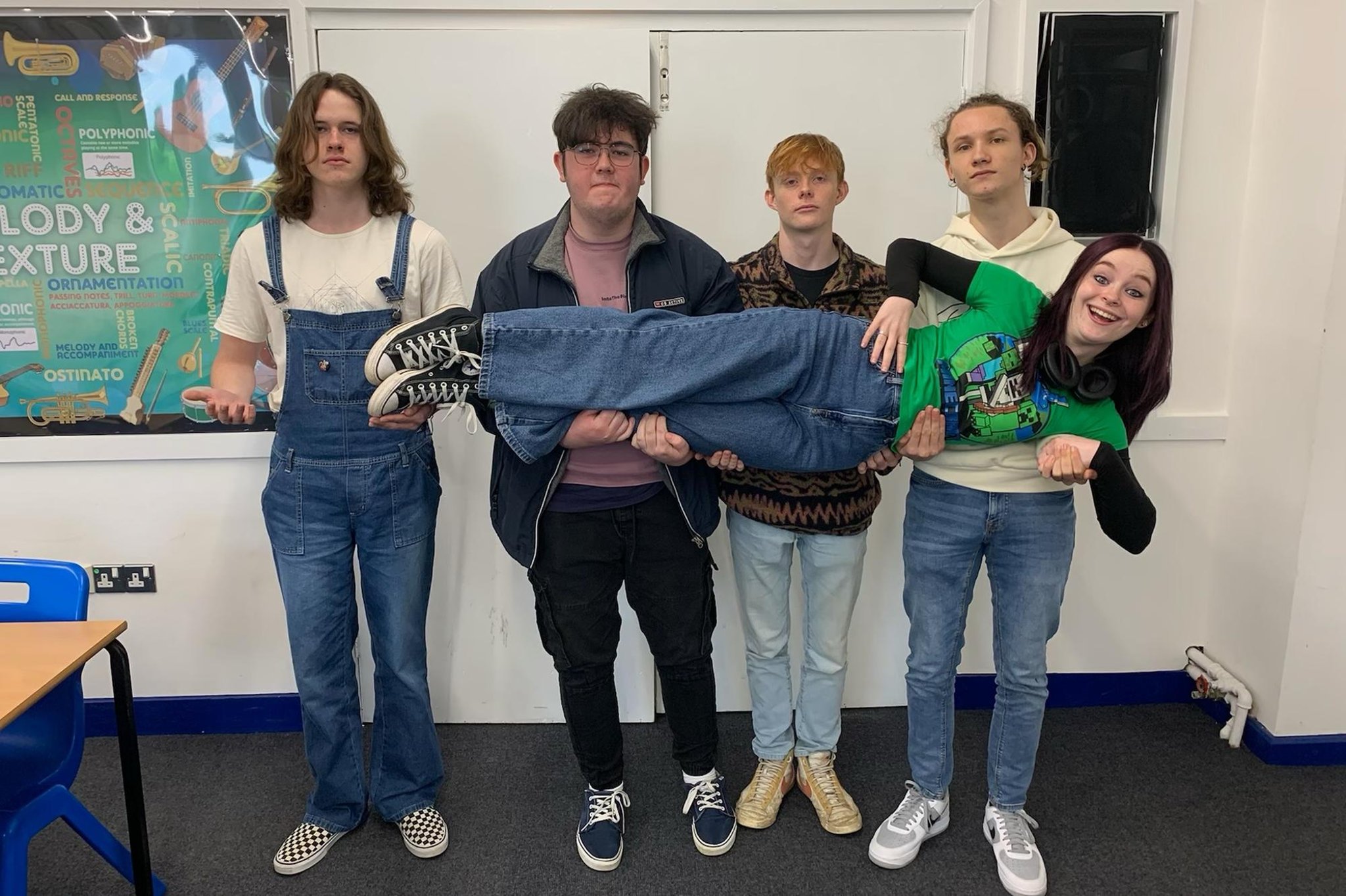 Five ambitious students from Cedars Upper School are proud to have their original work, Machine Head Boy, shortlisted for the Young Songwriter competition, with a chance to win Yamaha gear and a recording session in a London studio.

The Sixth Formers, who call themselves ‘Statyc’, hope they have what it takes to go all the way and are delighted that their lyrics have been judged by artists including Tom Grennan, Amy Wadge and Tom Odell.

Lucy Raffe (vocals) – whose other members include Sam Cook (bass), Ben Curtis (drums), Monty Johnston (guitar) and Joe Walton (guitar) – told the LBO: “It was really nerve wracking to knowing that someone so popular is listening to us, but we will certainly take advantage of it.

“We are looking for concerts and are happy to do events!

“I originally wrote Machine Head Boy about a man who watches so much TV he turns into TV, and that also inspired our band name, Statyc.”

Indeed, the musicians had a lot of fun with the lyrics and even made a cardboard television for bassist Sam to wear during The Stables’ recent Battle of the Bands competition.

“The original was gigantic and I had to remove it because I couldn’t see anything!” he’s laughing.

The five students, aged 16 to 18, are currently preparing for their baccalaureate and hope to pursue the subject of music at university.

Meanwhile, back at Linslade, their greatest support was their music teacher, Mr Oliver Smith, who allowed them to use the department for band practice.

Lucy said: “He said he really liked our music and told us many times that he was very proud of us – he’s sort of our mentor.

“He was in a band called Ego Trip, which released an EP in 2011 when they were in 12th grade, and they’re our favorite band.

“If we win, we’ll donate the equipment to the Cedars.”

Statyc is now waiting to hear the results of the Battle of the Bands and Young Songwriter contest, which had more than 850 entrants.

The top 10 finalists across all young songwriter categories will be announced on May 6.

Following this, the top three finalists will be announced on June 13 and the UK/Ireland winners on June 25 during The Young Songwriter 2022 live showcase to be held at The Tabernacle, Notting Hill, London.

Finally, the international winners will be announced during an online showcase on June 26 at 2 p.m. GMT.

Lucy concluded, “I would say our music is for people who are really cool and feel like they don’t fit in with other people.

“It’s like being in a group of people who are pretty much your family.

“They are literally my best friends, so I can’t imagine spending time with anyone else.”

To find out more about the Young Songwriter competition, organized by the Song Academy, click here

You can find out more about Statyc on Instagram: @statyc_band or to book them for a concert, please email [email protected]

The group would love to be as big as Leighton Buzzard legends Kajagoogoo and welcome all bookings in LBO land and beyond!